Wargame: Red Dragon is a real-time tactics video game developed by Eugen Systems and published by Focus Home Interactive. Like its last two predecessors, it is set during the Cold War but after the original games, in East Asia. Along with the new setting, it introduces China, Japan, North Korea, South Korea[1], and the ANZAC[2] as new nations.

The time frame has been extended from 1975 to 1991. There will be over 1200 units featured in Red Dragon, including returning units from AirLand Battle.[2] The most important addition to Red Dragon would be the addition of ships and naval warfare.

Although only the nations involved in the campaign (USA, USSR, UK, France, West Germany, and Canada) will be brought up to 1991 standards at release, free DLCs has been announced that will update the Scandinavian and Non-Soviet Warsaw Pact nations to 1991 standard after the game is released.[3] The Millionth Mile DLC was released on July 24, 2014 to update the NSWP to 1991 standards.

1991 – War between NATO and the Pact intensifies. The two superpowers battle fiercer than ever on a new battleground, Asia, joined by their new allies: Japan, China, North Korea, South Korea, Australia and New Zealand.

There are a total of five playable campaigns in Wargame: Red Dragon of varying difficulties:

All features from Wargame: AirLand Battle retained. The gameplay is still revolved around various modes of holding control zones on a large map, with a command vehicle required to capture the zone. Each faction starts a battle with a deck of units with each unit worth a given number of Command Points, and the player can place out a limited number of units from that deck on the battlefield. Then, as command zones are captured, CP or a Score Points required to win will be added during the battle at a faster rate. The player need to hold reinforcement zones in order to bring in reinforcements.

The Red Dragon single-player features five solo-campaigns spanning from 1975 to 1991.

The WRD gameplay are much more interesting than in a linear RTS games (like: StarCraft. Planetary Annihilation, Command & Conquer and Act of [_] game series). Maintaining the most efficient resources to forces conversion scheme are mostly replaced with the strategical re-dislocation and type/role-related control of the forces.

The next after Wargame -- a Steel Division games, in comparison to it have a much less diversity, basically in them a player just need to maintain appropriate amount of forces in appropriate areas. Because of lower units and their effects diversity, lower speeds and less-variative areas/terrain, the players need to make about 1-4 tactical choices in a 10-20 sec, in comparison to the Wargame's 1-7 in a 10 sec, most of actions in the Steel Division games are about same as in the mentioned above -- Linear strategy games.

In the linear RTS you need to calculate and manage just an amount of forces of certain types in certain areas, what mean that a player with more forces always have a perfect uniform set of mostly 1-step actions and reactions that he almost never need to rethink, by performing which, he'll never loose.

In the WRD you need to calculate and manage an enough diverse effects of forces at certain locations, so a player can overweight and capture another to affect, or use the case specific combination of effects to overweight, a targeted location, even if he have fewer forces. That leads to dynamic frontline where a player need to often recalculate the situation and different types of forces are often attacking, reorienting and retreating in different directions and conditions. That make a much more diverse gameplay than in the listed games.

The most basic set of gameplay key-points and action schemes are the following:

( as in the most of other games the WRD have ways to increase enemies' mind load more than own, without or with a min of looses, for example covering action schemes by preceding ones in other areas or performing an abstracted actions that intended to look separate and/or requiring analyzation for the enemy (do not misconcept such tactics with a use of a basic difference in the players' multitasking and processing capabilities) )

In WRD tanks are used as universal Surface-to-Surface weapon at <2300m Ranges, a force barrier in an open space to defend ATGMs and/or cover infantry's entry (forest, city), requir.-ative high-power AT weapon on close range and provide a Recon By Fire.

( ofcourse MT are more efficient against other forces than HT (including LT rushes with even more resources used, which can overweight HTs) because of higher count, cheaper to loose in more risky conditions and more efficient in spreading )

(as weaker so: more CP are required to be used for transport, when Training are lower a suppression resistance and movement speed are lower, but amount of the units are higher so damage resistance are tactically higher and AT can be stronger, FS transport vehicles can be useful, for example even just an auto-cannons are more efficient than LTs against enemy infantry and a combination of ATGM carrying veh. and cheap infantry in certain conditions can replace a TD with a free addition of the skirmisher/recon infantry)

High AoE AA (9 Dam., and high suppression ones -- like NASAMS) are the most efficient AA Against Heli-Rushes, but they often loose some of the heli-ters, 2nd by AHRush efficiency are AAAs.

Official Forum background as of November 22, 2013.

Artwork wallpaper
Add a photo to this gallery

Concept art of Lobby
Add a photo to this gallery

Add a photo to this gallery

Ditto
Add a photo to this gallery 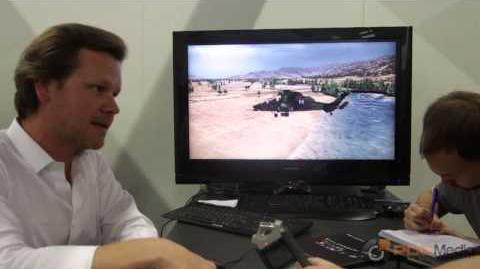 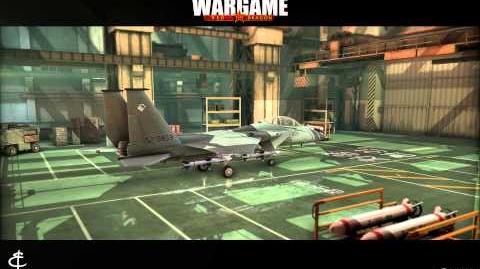 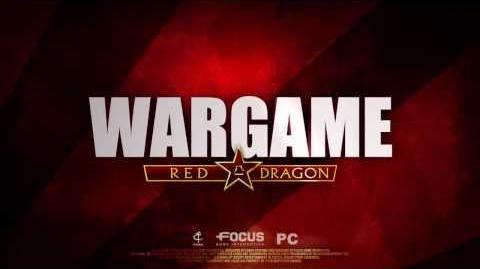 Retrieved from "https://wargame.fandom.com/wiki/Wargame:_Red_Dragon?oldid=41410"
Community content is available under CC-BY-SA unless otherwise noted.